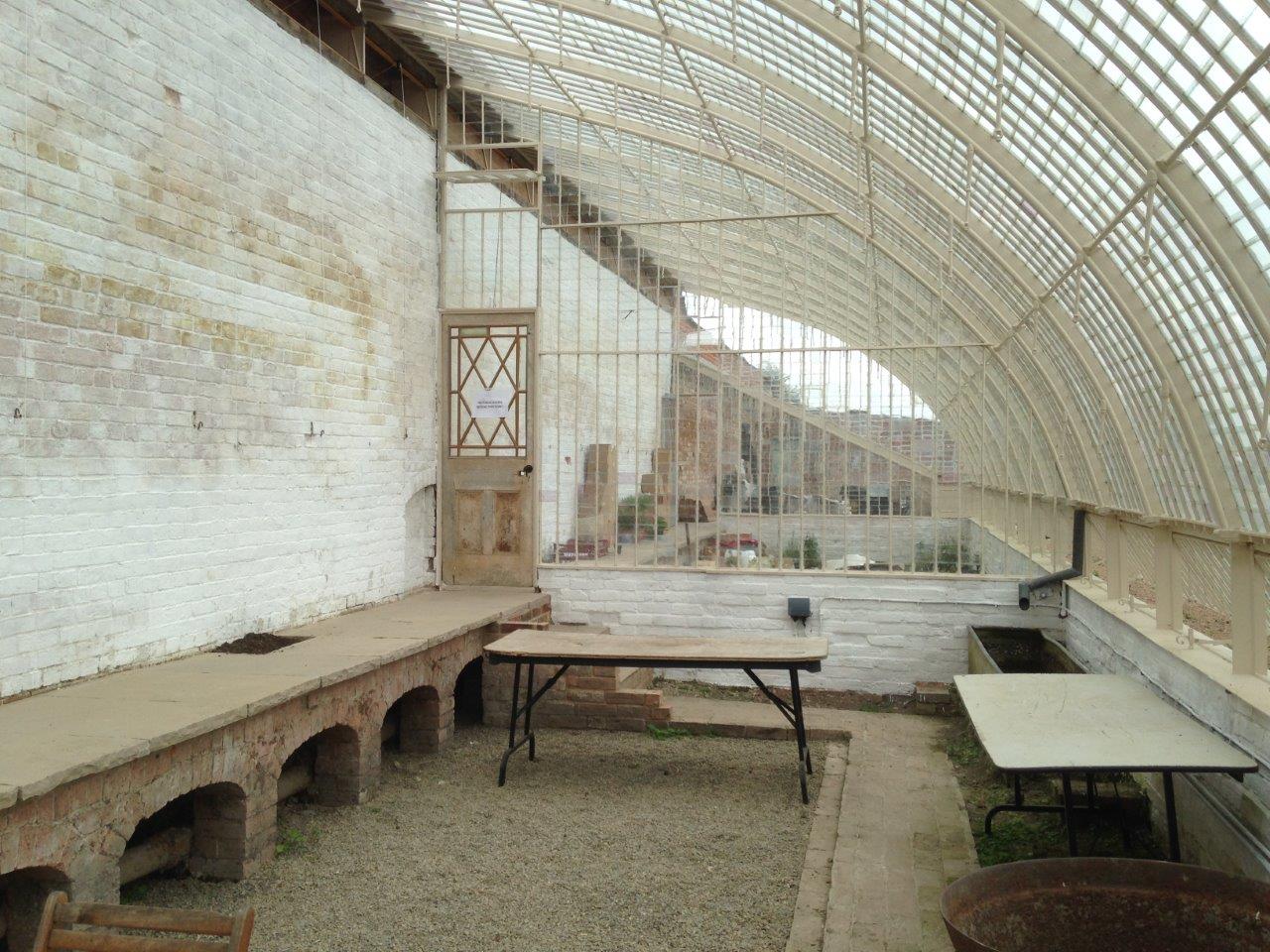 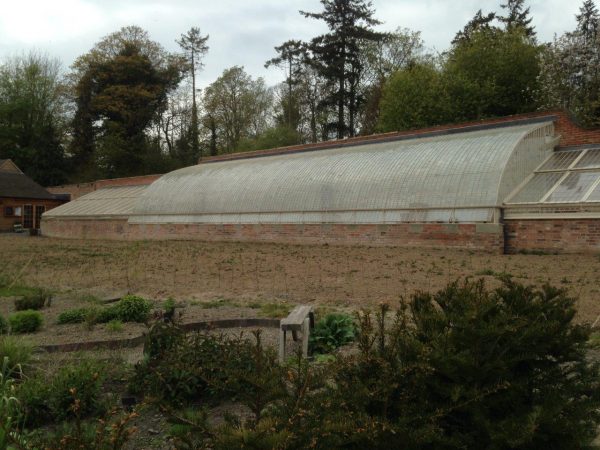 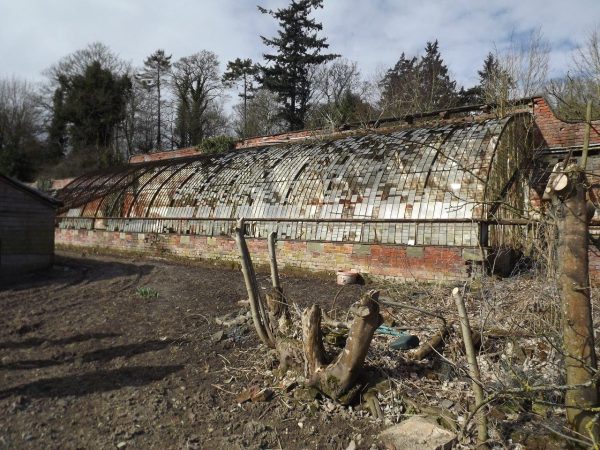 Conservation and repair of a very rare 19th century curved glasshouse will once again be able to cultivate rare & exotic plants, and will be open to the public for the first time in many years, thanks to grants from the Heritage Lottery Fund and the Country House Foundation. The curvilinear glasshouse in the walled garden of Millichope Park became derelict over half a century ago. Dating from around 1836 it is one of very few surviving iron-framed curved glasshouses from an era when most glasshouses were still constructed using straight wooden frames. In its day it would have been in the forefront of both industrial and horticultural technology. The glasshouse was probably erected by Foster & Pearson of Nottingham.

As the restoration got underway a community archaeology project was organised to excavate a melon and cucumber pit on the site. The glasshouse is believed to be one of only four in the country of this design to survive. It was last in use during the 1950s when Millichope Park was used as a school. Prior to that the estate had been used as a monastery.

The walled garden adjacent to the glasshouse is now once more in use as a heritage viola nursery with visitors being able to discover more about the history of cultivation during the Victorian era.